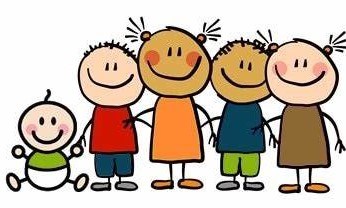 At Brook Primary School we are committed to the safeguarding, health, safety and well-being of every child within the school environment and outside. We expect all staff, governors and volunteers to share this commitment to safeguarding our pupils.

We listen to our pupils and take seriously what they tell us.   All school staff are trained in Child Protection, and children are made aware of the adults they can talk to if they have any concerns.   Staff are trained to look out for signs of physical/emotional harm or neglect and are required to report these to the Designated Safeguarding Lead (DSL).

The procedures which we follow have been laid down by the Dudley Safeguarding Team and the school has adopted a Child Protection Policy in line with this, for the safety of all. On rare occasions our concern about a child may mean that we have to consult other agencies. We will ensure that all concerns are discussed with parent/carers first, before any referrals are made, unless we believe that such a move may be contrary to a child's welfare.

We actively support the Government's Prevent Agenda to counter radicalism and extremism.

What should I do if I have a concern?

If you are concerned about the safety of a child, you can email the DSL on info@brook.dudley.sch.uk or you can contact the school on 01384 389888

If you have concerns regarding a child or adult during holiday time please contact the Dudley Safeguarding People Partnership on the following:

Information and polices relating to child protection and safeguarding

Department of Education - Working together to safeguard children

NSPCC How safe are our children?

PREVENT in the context of Counter-terrorism is intervention before any criminal offence has been committed with the aim of preventing individuals or groups from committing crimes.

Brook Primary School is fully committed to safeguarding and promoting the welfare of all its pupils. As a school we recognise that safeguarding against radicalisation is no different from safeguarding against any other vulnerability. All staff are expected to uphold and promote the fundamental principles of British values, including democracy, the rule of law, individual liberty and mutual respect and tolerance of those with different faiths and beliefs


For all general enquiries, please contact the school office. If you require a paper copy of any information from our website, please pop in to the school office and we will be glad to help.